In this lesson, you will learn the most common Korean conjunctions. 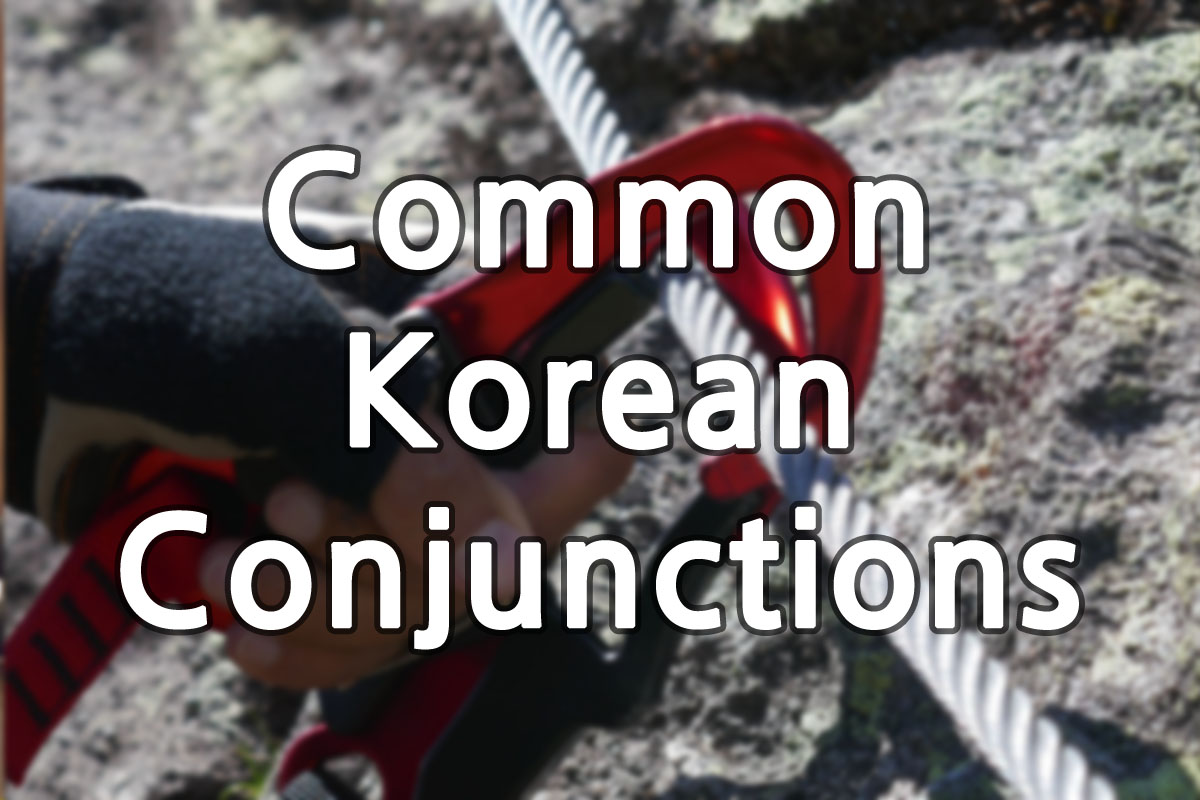 그런데 can be shortened to 근데. 그런데 is informal but 근데 is more informal. Native Koreans prefer to use 근데 more in daily conversations.

그런데 is also often used as a conjunctive adverb at the beginning of a sentence. Native Koreans really often use 그래서 and 그런데. I write ‘but’ and ‘so’ really really often too. My Korean blood makes me do it.

그런데 나는 그건 별로예요.
But I don’t like it much.
= Conjunctive Adverb

심심한데 게임해야겠어요.
I’m bored so I’m going to play some game.
= Telling a reason. But it’s a bit complicated to use. You will learn the full lesson in basic course for it.

Korean conjunctive adverb is really similar to ‘however’ in English. It means ‘but’, ‘however’, ‘though’, ‘although’, ‘even though’. It shows the opposite result to a reason. You can see it’s very similar to ‘그런데’

하지만 전혀 기쁘지 않아요.
But I’m not happy at all.
= Conjunctive Adverb

별로지만 그냥 할거예요.
I’ll just do it, it’s not good though.
>= Conjunctive Conjugation

Which One Is More Natural?

Conjunctive conjugations and conjunctive adverbs. 2 types both are very natural to make Korean conjunctions. However, uses can be very different. Well… What would Korean grammar have 2 exactly same things for? They are different even they are same in English.

그래도 seems very similar to ‘그런데’ or ‘하지만’ when you translate it in English. It’s used to describe the result isn’t same to an expectation. It also means ‘but’, ‘even though’, blah blah.

All conjunctions that you learn so far can be used at the end of a sentence with an ending. But you can’t use 그래도.

힘들어도 그냥 하세요.
Do it even if it’s hard.
= (expect that you can stop the work)
= Conjunctive Conjugation

불러도 그냥 갔어요.
I called him but he just walked away.
= (expected that he would see you)
= Conjunctive Conjugation

You already learn about -면 in a previous lesson. -면 is used to describe a conditional clause. It’s same to ‘if’ or ‘when’ in English. Check ‘if / when’ lesson to see more details.

그러면 is a conjunctive adverb based on -면 conjunction. However, It loses the meaning of ‘if’ or ‘when’. because it’s actually combining of 2 words : 그렇다 + 면. It’s used to keep the speech follows previous a condition. It’s same to ‘if so’, ‘then’, ‘so then’.

그러면</span잠깐 멈추세요.
If so, stop it for a moment.
= Conjunctive Adverb