In this lesson, you will learn how to make adverbs and how to use them. It’s super hard… good luck everybody… 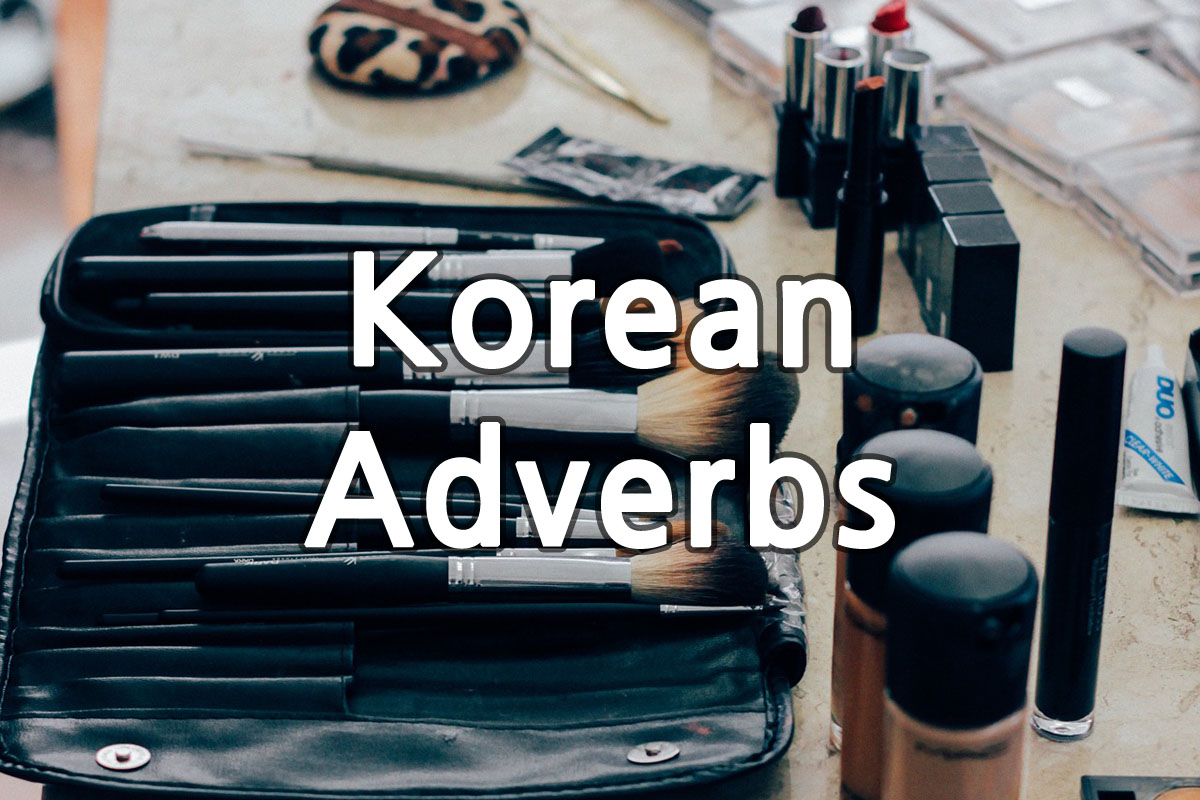 Adverbs in Korean grammar also use conjugations. Korean grammar has 4 types of adverbs. To be honest, Korean adverbs are super confusing even for Koreans. I really wanted to quit writing it… I’ll make an easier version later.

It’s the easiest one to understand but hard to memorize. Other adverbs basic form uses a stem but this type doesn’t. It exists as an adverb from the first place. There is no rule for them. You just need to memorize them one by one.

Korean adverb is always placed before a verb.

-이 Adverbs use a word stem to make an adverb. So, if you learn new verbs, then you can use them right away as an adverb. 하(ha) in 하다 verb becomes 히 (hi) by combining 이. if the word stem has ㄹ, then 이 duplicate it.

Some adverbs don’t have a basic form. So it exists as an adverb from the first place even it looks like other adverbs using a word stem.

-게 adverb is an adverb form based on adjectives. -이 adverbs and -게 adverb use same word stems but it makes no big difference normally. Of course, sometimes it makes a different meaning but mostly they mean a same thing. It’s easier to make more than -이 adverb. You just need to replace 다 of word stems to 게.

Some Stems can’t be used with -게 or -히

I saw many wrong explanations about differences between 이 adverb and 게 adverb. Well, I lied up there, both make a big difference lol. I just wanted you to think it’s not so difficult. I’m sorry. It’s quite complicated for a beginner level and even Koreans don’t use it well either. You just need to know Koreans use both ways. You will learn the details in Basic Course.

으로 means ‘in some way’. Actually it’s a postposition, not an adverb but it becomes an adverb when you translate Korean into English. Most of stems for 으로 adverbs uses suffix 적.